A Luxury Stay At The Ritz

César Ritz is a legend in the world of hospitality and his last name is synonymous with luxury in many countries around the world. César Ritz developed the saying “the customer is always right,” which helped to forever change the hotel business. César Ritz’s legacy goes on 100 years after his death. 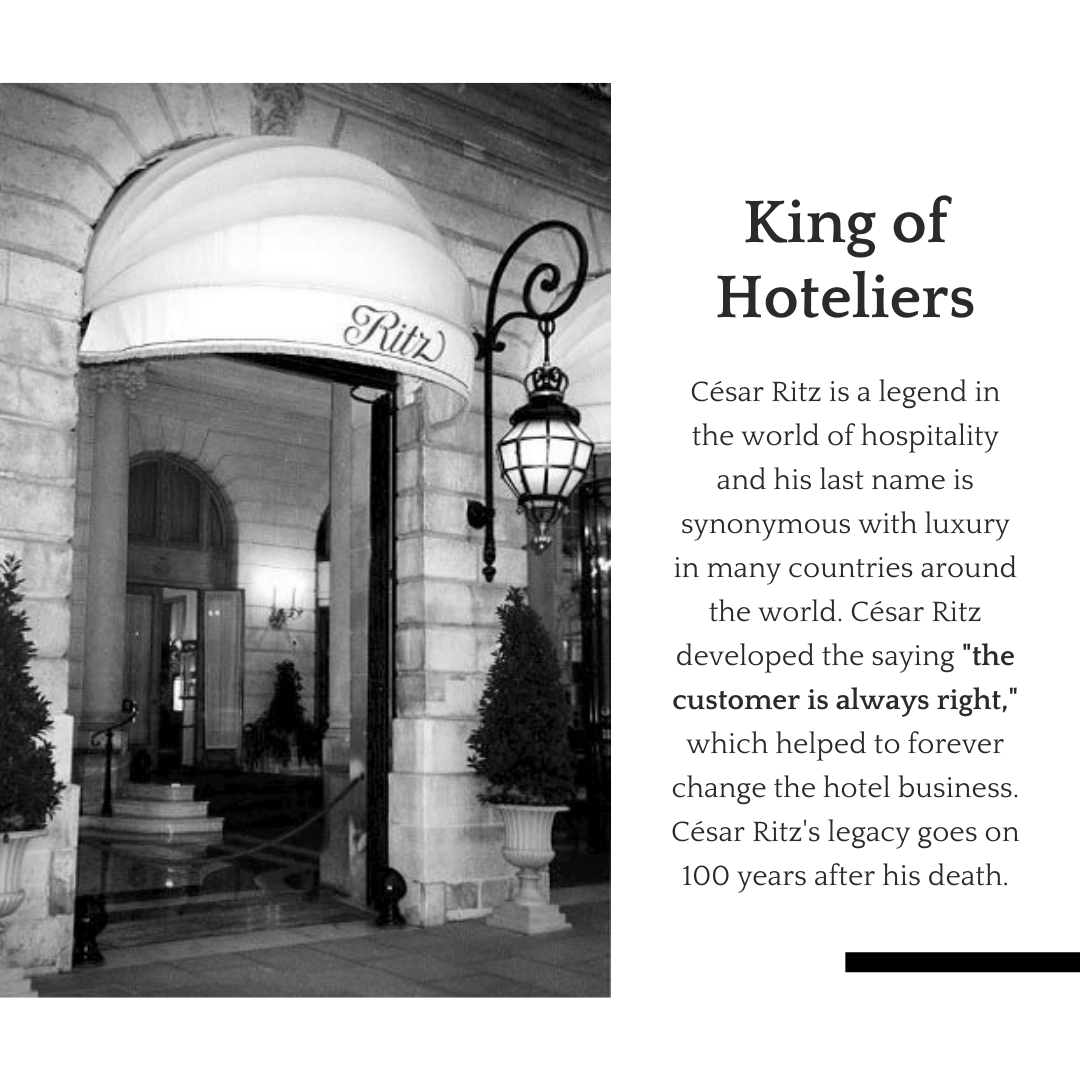 At the age of 12, Ritz was sent to a French-speaking boarding school in Sion run by Jesuit Fathers, but the young César showed little interest in the subjects that were taught by his professors. At 15, Ritz’s father decided to move him to Brig, to apprentice as a sommelier at a hotel. 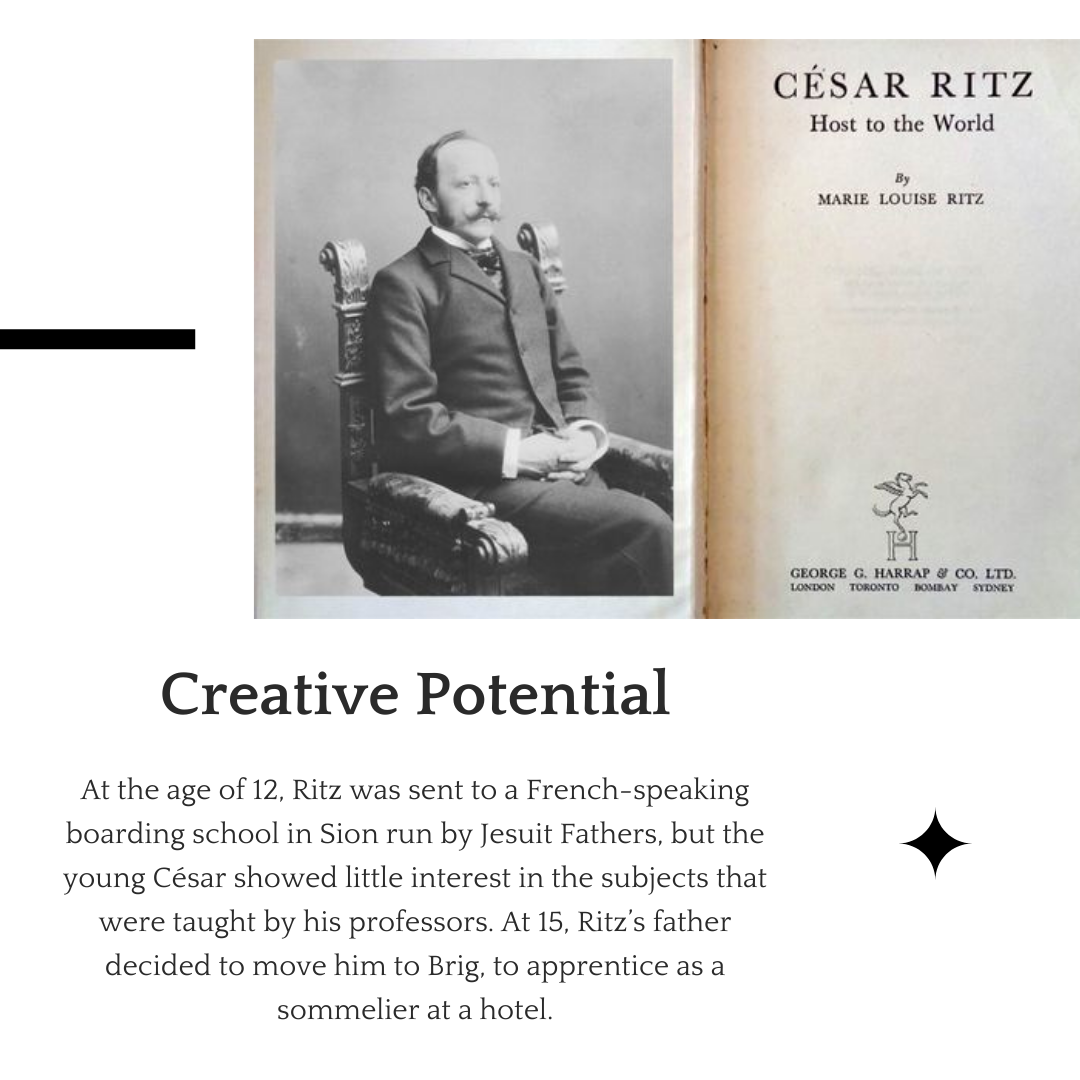 At the time of the 1867 Universal Exhibition, Ritz left Switzerland to seek his fortune in Paris, where he worked in a variety of restaurants and hotels, rising through the ranks from waiter to manager. By the age of 19, he had earned a reputation as a top server who was quick on his feet and attentive to his customers. 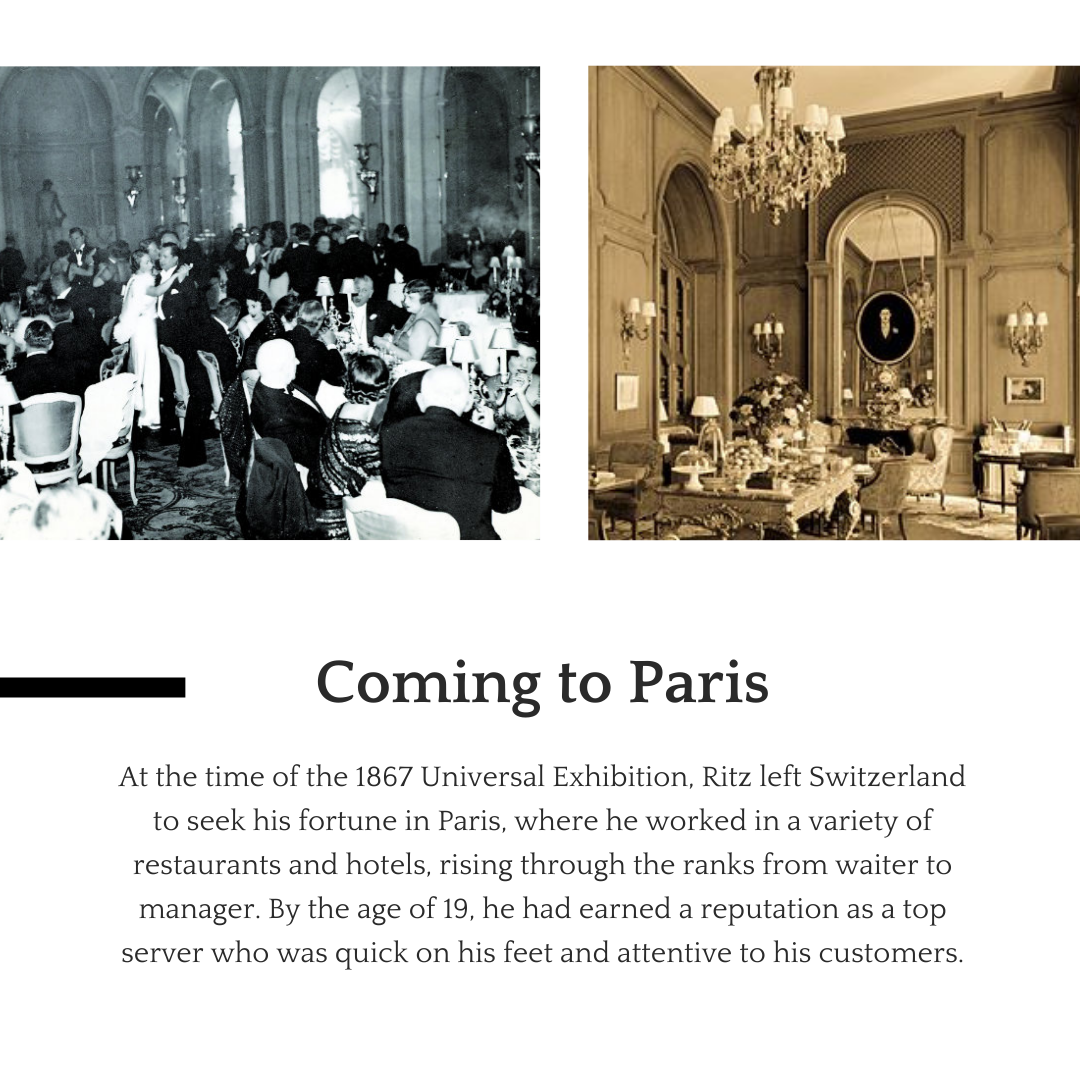 In the 1880s, César Ritz’s life further changed and evolved: he met Marie-Louise Beck, the daughter of a hotelier, who became his loving wife and the mother of his two sons. He also bought two businesses, the Restaurant de la Conversation in Baden-Baden, Germany and the Hôtel de Provence in Cannes, France. 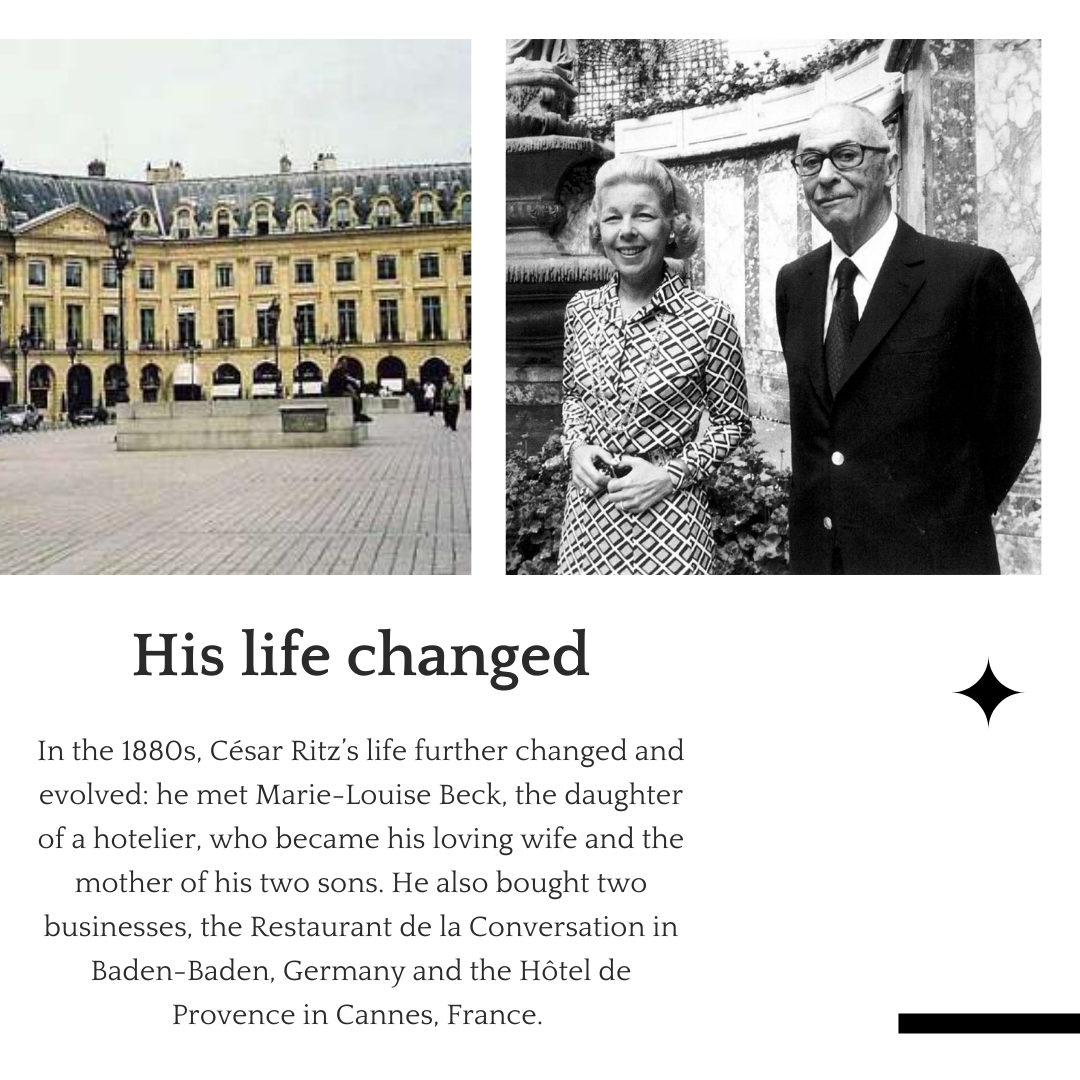 Unfortunately, shortly after realizing his ambition, Ritz began to suffer from unexplainable breakdowns and melancholy, to the point where his wife was forced to take over the business, becoming the world’s first hotel manager. He died on October 24, 1918, leaving a large void in the world of luxury hospitality. The pioneering hotelier’s influence goes on: his views and ideas are still influential in the culinary and hotel industries. The guest has become the center, the fundamental element around which everything in modern hospitality revolves, due to Ritz. 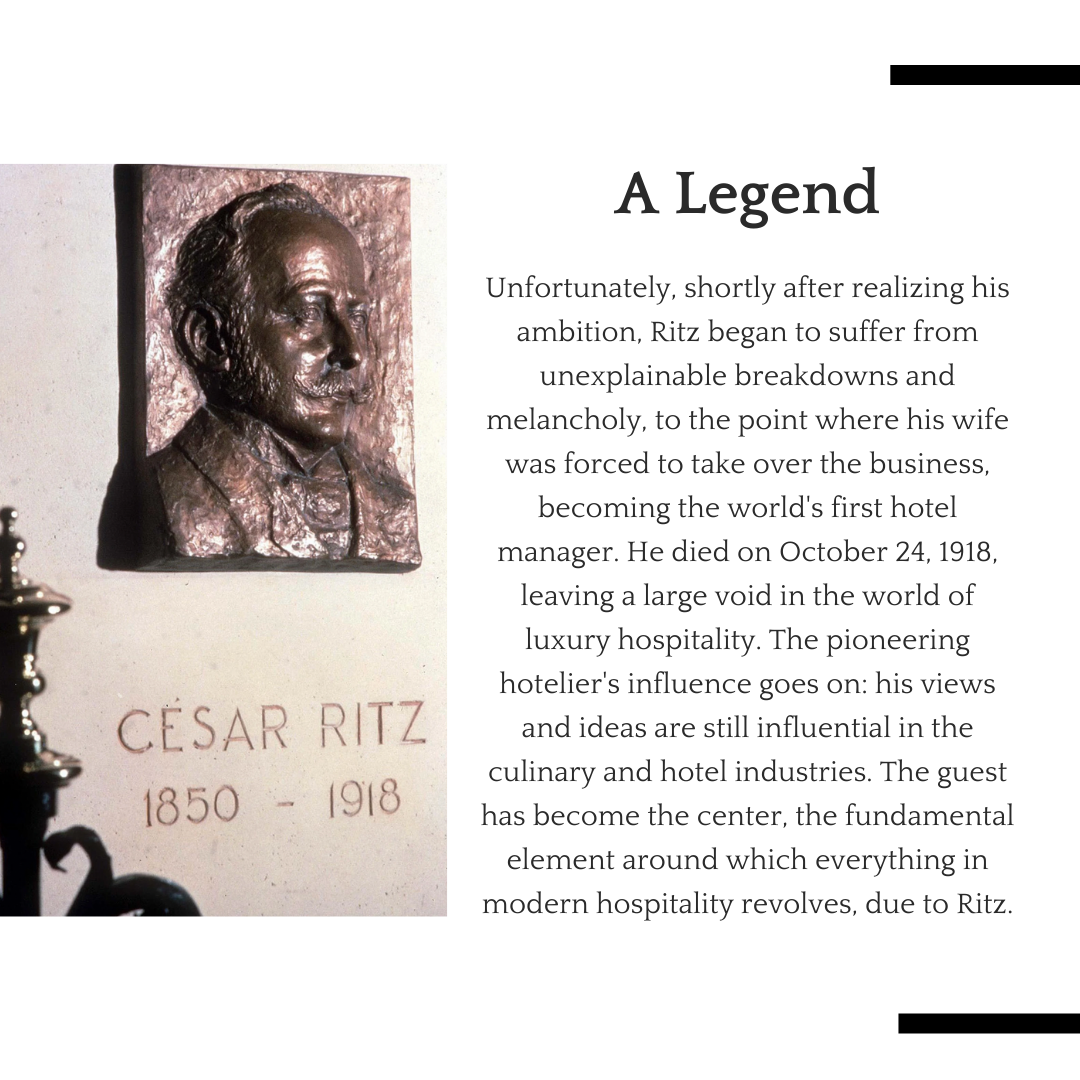 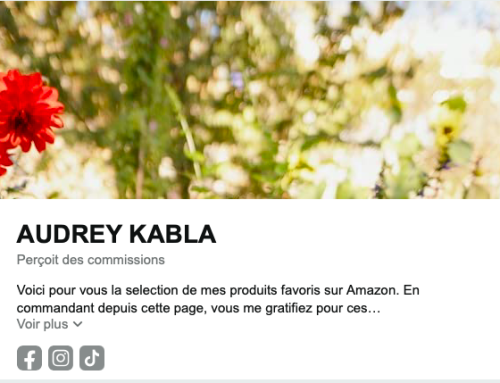 Page load link
We use cookies on our website to give you the most relevant experience by remembering your preferences and repeat visits. By clicking “Accept”, you consent to the use of ALL the cookies.
Do not sell my personal information.
Cookie SettingsAccept
Manage consent

This website uses cookies to improve your experience while you navigate through the website. Out of these, the cookies that are categorized as necessary are stored on your browser as they are essential for the working of basic functionalities of the website. We also use third-party cookies that help us analyze and understand how you use this website. These cookies will be stored in your browser only with your consent. You also have the option to opt-out of these cookies. But opting out of some of these cookies may affect your browsing experience.
Necessary Always Enabled
Necessary cookies are absolutely essential for the website to function properly. These cookies ensure basic functionalities and security features of the website, anonymously.
Functional
Functional cookies help to perform certain functionalities like sharing the content of the website on social media platforms, collect feedbacks, and other third-party features.
Performance
Performance cookies are used to understand and analyze the key performance indexes of the website which helps in delivering a better user experience for the visitors.
Analytics
Analytical cookies are used to understand how visitors interact with the website. These cookies help provide information on metrics the number of visitors, bounce rate, traffic source, etc.
Advertisement
Advertisement cookies are used to provide visitors with relevant ads and marketing campaigns. These cookies track visitors across websites and collect information to provide customized ads.
Others
Other uncategorized cookies are those that are being analyzed and have not been classified into a category as yet.
SAVE & ACCEPT